Today we had a short 120km trip from Haast to Fox Glacier, along the way we found a great beach where people from all over the world wrote their names and a message on rocks. We didn’t want to miss out so we did this too.

we then arrived at Fox Glacier just time for a handle before tea.

Haast River top10 was our rest stop arriving late at 8.30pm but there was still time for a quick BBQ before bed. the next morning we woke to another great day

Before starting the long trip north we thought we would have some fun in Queenstown.

We started with the shotover jet a boat ride like no other. Another New Zealand invention the jet boat has no propeller so can zip through very low Water levels at high speed, it is also super manoeuvrable spinning 360 degrees and continuing on its way.

Jetboats were originally designed by Sir William Hamilton (who developed a waterjet in 1954) for operation in the fast-flowing and shallow rivers of New Zealand, specifically to overcome the problem of propellers striking rocks in such waters. The Shotover jet can travel at over 85km in just 4inches of water.

Our driver Ryan showed us just how fast and agile these boats are we sped through the Shotover gorge inches from the clif face at 85kph. This was great fun.

The afternoon saw us take a leisurely trip high above Queenstown on the Skyline Gondola before more fun on the Luge. The luge has its own ski lift high in the hills, you then race down at high speed over a very winding track.

We then headed off to a little place called Haast for an overnight stay.

The coach left at 7am for a full day tour including a boat trip on the Milford Sound. Travelling through 45 latitude exactly half way between the equator and the South Pole we were in a stunning part of New Zealand.

After traversing the mountain range our bus travelled through the hummer tunnel which is 1.25km long and arrived in Milford Sound.

Our boat for the day was called Milford Mariner, we travelled the sound which is actually a fiord looking at sheer rock faces such as Mitre Peak reaching 1675mtrs. We tasted the fresh water from sterling falls before going out into the Tasman sea.

The Fiord offers a safe haven for ships and is a regular stopping point for cruise liners.

On our return we saw New Zealand fir seals basking on rocks.

Whale WatchWhale watching at Kiakoura started in the mid 80’s and is now big business. It is still ran by the local Mauori families and puts a great deal of the money back into the conservation of the area.

We were booked on the 9.30 trip, after a short safety briefing we took a 10min coach ride to the South Bay marina to board our catamaran for the trip out to hopefully see the giant sperm whale.

We travelled at speed in a specially designed boat 8 miles out to sea passing over the continental shelf where a sheer drop of 1000 Mtrs provides perfect feeding grounds for the whales who’s favourite food here is squid which they eat up to a tonne a day.

The boats captain and crew are experienced at locating the whales and with the help of a hydrophone it was not long until Manu a resident sperm whale surfaced after feeding. On a calm still day everyone was silent as this giant whale gasped for air after holding its breath for over 1 hour. After 10 min of rest Manu got ready to dive again, we all waited for the spectacular finale as he dived to over 1000mtrs.

We headed inshore where we saw albatross, shearwaters and blue sharks. We were then treated to a large pod of dusky Dolphins who were in a playful mood and followed our boat for a while.

We then headed back out to sea where we would again meet Manu who resurfaced after just over an hour.

We then returned to port all very happy and privileged to have seen such a great animal.

Kiakoura is a unique and beautiful township. Kiakoura means to feed on crayfish which are plentiful in the bay. It sits on the continental shelf and cold food rich waters of the Antarctic bring a host of sea life to the area.

The Mauori fished here for generations before the Europeans arrived and Kiakoura became a whaling port and almost destroyed the area.

Thankfully today the Whale industry is tourists wanting to see these great creatures in their environment. Kiakoura is once again a thriving and very special place. 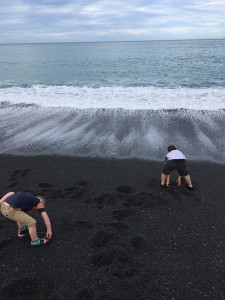 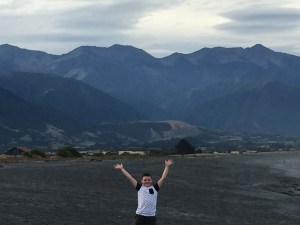 We followed the coast line of the South Island down from Picton, the sea to one side and the Southern Alps on the other. We passed sea lions basking on the shore oblivious to the tourists flying by in the ever increasing number of camper vans.

We paused to look at a stunning beach before heading to our Top10 park. 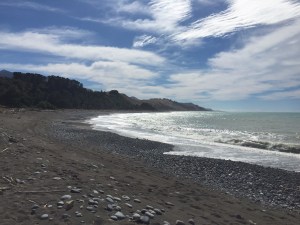 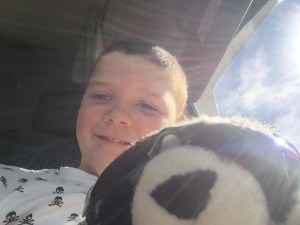 It was late when we got off the ferry and as we had already travelled some 450km  + the ferry trip we decided to look for somewhere to crash for the night. Luckily Camper Mate NZ App lists all campsites both free and paid for.

A little over 6km’s from Picton at a little place called Colin’s Memorial Reserve on state highway 1.  A bit noisy from the road and railroad but it has wash facilities and is completely free. It was perfect for tired travellers wanting a few hours sleep. 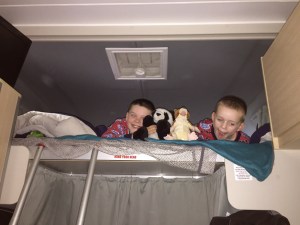 The Interilander ferry is a road,rail and passenger ferry that keeps the North and South islands connected. The ferry takes 3.5hrs and can be quite a roller coaster of a ride, fortunately we were met with calm seas and had a very uneventfully journey.

Cook Strait lies between the North and South Islands of New Zealand. It connects the Tasman Sea on the northwest with the South Pacific Ocean on the southeast, it is considered one of the most dangerous and unpredictable waters in the world

The strait is named after James Cook, the first European commander to sail through it, in 1770. In Māori it has the name Raukawa or Raukawa Moana. Raukawa may mean “bitter leaves”. 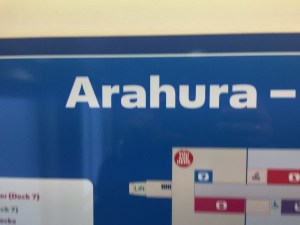 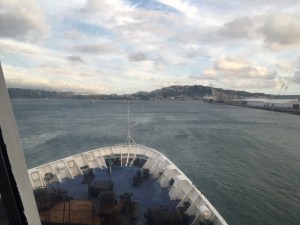 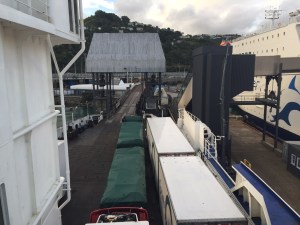 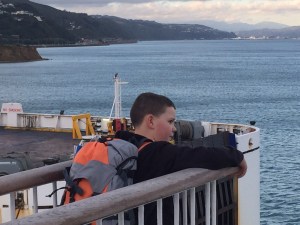 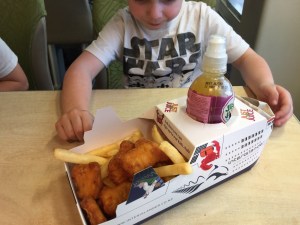 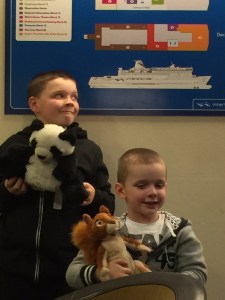